Been loving WSL for development and testing since the day it came out, then the Terminal app dropped and I couldn’t be happier, looks good, works perfectly and great performance.

It would be stupid to not use it with the WSL distro instead of using the console that gives you. 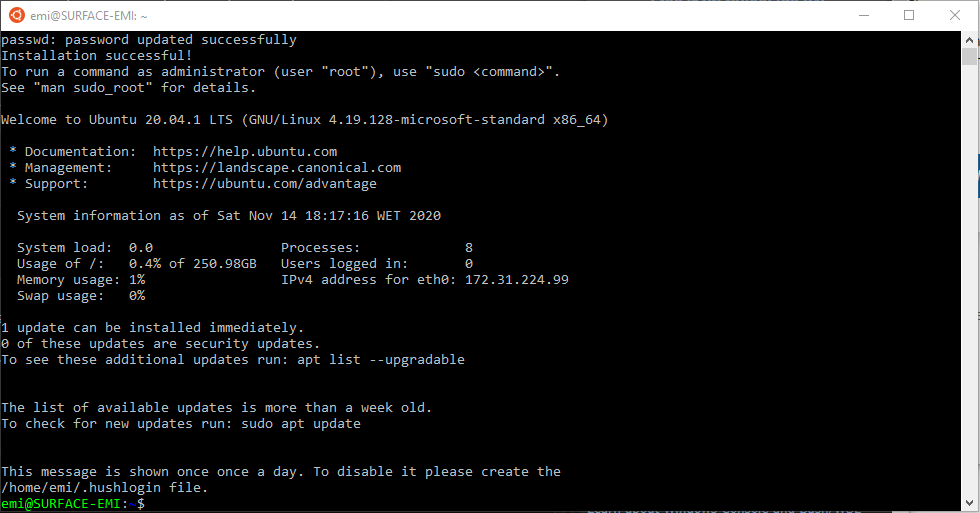 This console is obviously good, but after you’ve used Terminal, there’s no going back. It’s just so much better, also c o l o r s.

Now if you fire up the terminal and open a new tab to load your WSL distro, it loads your mounted user folder. 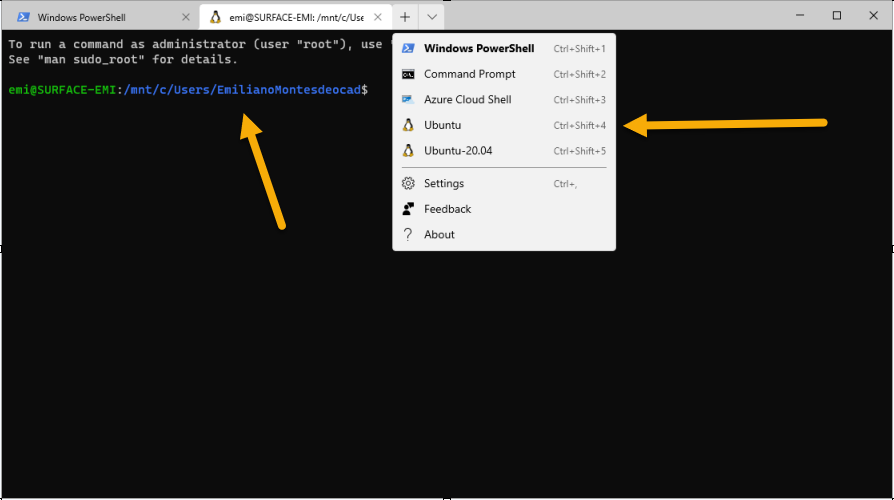 This is not really an issue, because if you just do cd ~ it just loads the distro user folder.

The thing is that I don’t want to do it again and again so let’s update a file to do it by itself.

Fire up the terminal or the console, and go into your profile folder and then edit the .bashrc file using your favourite text editor.

Add cd ~ at the end of the file before the last instruction. Save, reopen the WSL console with the terminal and you should be on the profiles folder.

Keep in mind that you’ll have to do this for all your WSL installations, since we are updating the bashrc file for a single one.